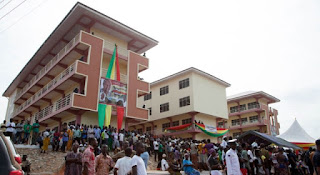 Ghana has embarked on a free Senior High School (SHS) education policy with the inauguration of the first Community Day SHS building in the Central Region.
President John Dramani Mahama inaugurated the Community Day school, named after the late President John Evans Attah Mills, at a ceremony at Ekumfi Otuam, the late President’s home town yesterday.
Ghana’s 1992 Republican Constitution stipulates that the country must embrace a progressively free Senior High School education ten years upon the coming into being of the Constitution.
However, this is the first time a government has commenced implementing that constitutional requirement since 1993.
President Mahama told chiefs and people of  Ekumfi Otuam that the government would ensure that 200 community SHS would be constructed in under-served rural communities across the country as part of his key electoral promises he made to the people of Ghana during the 2012 electioneering campaigns.
According to the Forman at the construction site at Otum in the Ekumfi District John Mensah noted that the project which started last year August is expected to be completed by July 2015.He said there are 27 classrooms in the three story school complex. This was revealed when Central Press reporter visited the site to see progress of work.
President Mahama in the 2012 NDC manifesto pledged to build 200 Community Day Senior High schools across the country.
The purpose of the project is to increase access to Secondary Education in disadvantaged districts as well as improve quality in low performing Senior High Schools.
Funding has been secured for 150 out of the 200 senior high schools, and we remain committed to fulfilling the promise by close of 2016”, he said.
According to him, Education is the key to the eradication of poverty, and government is committed to establishing the 200 Senior High Schools to make education accessible to all in Ghana.
Earlier, Ghana’s Minister for Education, Professor Nana Jean Opoku-Agyeman, stated that the free education policy was starting with day students and for the first term, 320,488 students would be covered. She explained that these were made up of 111,212- first year, 109,731 second- year and 99,753 third-year students. 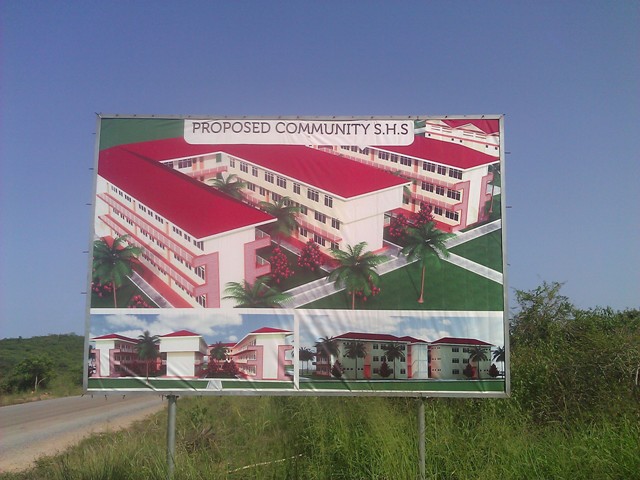 Posted by Central Press Newspaper at 10:04 AM 2 comments:

TAMALE TEACHING HOSPITAL BENEFITS FROM A LIFELINE TO PRE-TERM BABIES.

An ultra-modern Neonatal Care Unit (NICU) has been provided at the Tamale Teaching Hospital to help reduce child mortality.
MTN Ghana in partnership with Huawei Technologies provided this Neonatal Unit to help improve the health conditions of the people in the region.
The Neonatal Centre which include two Incubator Rooms, a Milk Room, a Crib Room, a Kangaroo Mother Care Room, a Tutorial/Conference room, Nurses and Doctor’s Stations and rest rooms, was constructed at a cost of GH₵ 335,00 and is expected to impact over thousand  two hundred neonates annually.
Huawei Technologies supported the center with medical equipment worth Gh₡69,650.
The Neonatal Intensive Care Unit of the Tamale Teaching Hospital will serve as the main referral center for the northern sector of Ghana. Prior to MTN’s intervention, the NICU was operating as a one cubicle unit at the maternity block of the hospital. Due to the constant congestion at the center there was the need for a separate and a well-equipped block to handle neonatal cases referred to the hospital.
The Executive Director of the MTN Ghana Foundation, Cynthia Lumor, reiterated the position of the World Health Organisation (WHO) on health, which states that everyone has the right to the highest attainable standard of physical and mental health, including access to all medical services, sanitation, healthy working conditions, and a clean environment, at the well-attended and colourful event to officially hand over the facility to the authorities of the Tamale Teaching Hospital.
She said, “the critical role a Neonatal Center plays in reducing child mortality cannot be over emphasized. The provision of this essential centre will therefore relieve the anxiety of parents and health professionals who have to care for pre-term babies”.
Cynthia Lumor also stated that the centre would not only help reduce infant mortality, but also serve as a center for the training of medical students from the University for Development Studies.
The Director of Public and Government Affairs for Huawei Technologies, Chenhui Li, pledged Huawei’s continuous partnership with the MTN Ghana Foundation to undertake subsequent Corporate Social Investment (CSI) projects to improve the social economic development of the country. 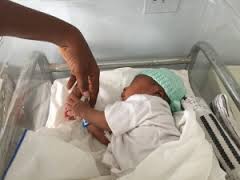 The Chief Executive Officer of the Tamale Teaching Hospital, Dr. Prosper Akanbong, stated in his address that the reason for Ghana’s inability to achieve the target for MDG 4 is the slow progress being made in reducing neonatal mortality. He said, “almost fifty percent (50%) of infant mortality cases occur in the first twenty eight days of life”.
“With this improved facility, Tamale Teaching Hospital will be in a better position to play its role in providing tertiary specialist care for the critically ill neonate, provide training in newborn care for peripheral facilities, monitor and supervise newborn care activities in collaboration with the Ghana Health Service and other partners”,  he added.
The Northern Regional Minister, Honorable Alhaji Mohammed Muniru, commended both MTN Ghana Foundation and Huawei Technologies for giving back part of their profits to support their communities. He indicated that government alone cannot shoulder the burden for the provision of health facilities and encouraged the combined efforts of government and Corporate Ghana to intensify community development in the health sector.
Other dignitaries who were present to grace the occasion include the country representative for UNICEF, regional Director of the National Communications Authority for Northern Ghana, and members of the Board of Directors of the Tamale Teaching Hospital.
Other heath projects undertaken by the MTN Ghana Foundation include the refurbishment of the labour ward of the second Floor maternity unit of the Korle Bu Teaching hospital, support towards the provision of an emergency unit of the Princess Marie Children’s Hospital and the provision of portable water to twenty communities in the Upper West region. Also the Effia Nkwanta Government Hospital, Twifo Praso Hospital, Ejisu Hospital and the Fomena Health Center are other health facilities which have benefited from the Foundation. In all the Foundation has invested in thirty Health projects which are impacting the lives of thousands of people in Ghana. 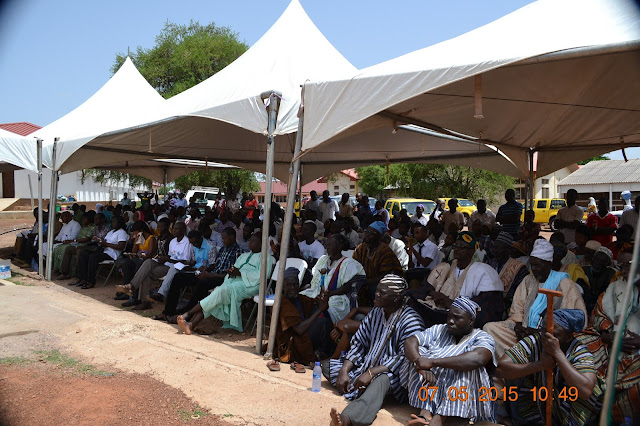 Posted by Central Press Newspaper at 7:27 AM No comments:

The country’s leading telecommunications service provider, MTN, in partnership with Microsoft Corporation, a global leader in the technology industry, has launched Microsoft Lumia 430.
The Lumia 430 is a reliable easy to use smart-phone which comes with the essential Microsoft service, that is, Skype, Office and One Drive built in and free to use.
A great package will be given to customers of the Lumia 430 by MTN Ghana, the authentic Network known for smart device offerings. Customers who buy the cheapest Lumia 430 will receive 100 Minutes voice for 12 months plus 150 MB data for 12 months and 100% bonus on recharge for 3 months. Also customers will enjoy free amazing games from Gameloft. Free power bank will be given to Asha customers who would also like to upgrade their devices upon purchase.
Commenting on the launch of the Microsoft Lumia 430, the Chief Marketing Officer of MTN Ghana, Rahul De said, “in giving meaning to leading in the delivery of a bold new digital world, the device which is available in all MTN data stores has been competitively priced to get many subscribers on board ‘the digital train’ ’’. This therefore presents an opportunity to Ghanaians who are yet to enjoy the benefits of internet services and smart devices to buy the Lumia 430.

De, further stated that, once customers are on the MTN Network, they will enjoy exciting offers irrespective of where they purchase the Microsoft Lumia 430.

The Microsoft Lumia 430 is a dual SIM device and comes with a 4.0 inch HD display and runs on Windows 8.1. The device is powered by Qualcomm Snapdragon chipset with a 1.2 GHz dual-core processor paired with 1GB of RAM and 8GB of storage which is expandable to 128GB using an SD card. It offers Bluetooth 4.0, Wi-Fi, GPS and 3G support among others, on the connectivity front.

At the launch, MTN Ghana further assured its subscribers that it will continue to invest in the latest telecom technologies that will enrich their mobile telephony experience while building solid partnerships with tech oriented organizations in order to continue in the delivery of an exceptional world class data services to its customers.

Posted by Central Press Newspaper at 7:02 AM No comments: