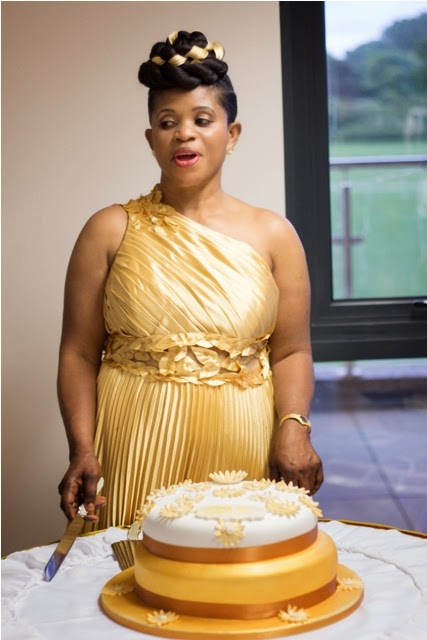 Deaconess Angelina Boateng affectionately called Mama Afia of the Aldershot Pentecost International worship centre in the UK, celebrated her golden jubilee anniversary to mark her 50 years of existence in grand style.
Born on the 17th May, 1964 in Tafo a suburb of Kumasi in the Ashanti region Mama Afia attained her primary and middle school education before leaving the shore of Ghana for greener pastures in Europe in 1984.
She first went to Germany, Holland and finally settled in the United Kingdom.
The chairman for the occasion Elder Richard Danso echoed the fact that as Ghanaians abroad we must stay united and be each other’s keeper.
The occasion was graced by Ghanaians from all walks of life from the UK, Holland, Belguim and France.
Mama Afia expressed her gratitude to all those who sacrificed their busy schedule to join her in her celebration of life. She was optimistic and contends with her 30 years stay abroad and her achievement but was quick to add "I feel it’s time to go home for home sweet home and there is no place like home".
The children Millicent, Mavis and Miranda donated an amount of £3000 to their beloved mum for her tender loving care towards them.
Her grandson Harris Boateng also recited a poem he had written about the grand mum which saw tears down her cheeks.
The occasion saw live band performance from the voices of inspiration (P.I.W.C Aldershot UK) and Maame Serwaah II a renowned gospel artist based in Luton in UK.
The mc's for the prgramme were Mr.Yaw Adjabeng, Mr. Roosvelt  Nortey and Mrs. Dilys Forson. 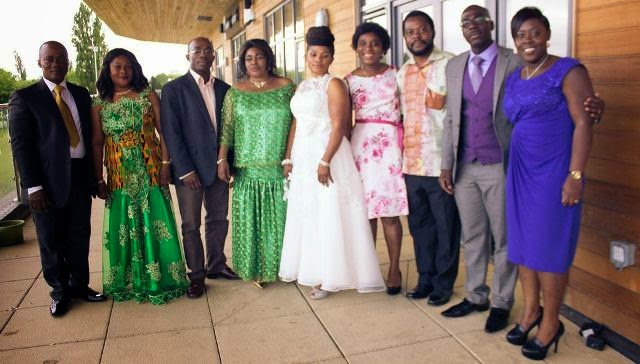 Posted by Central Press Newspaper at 5:12 AM No comments: 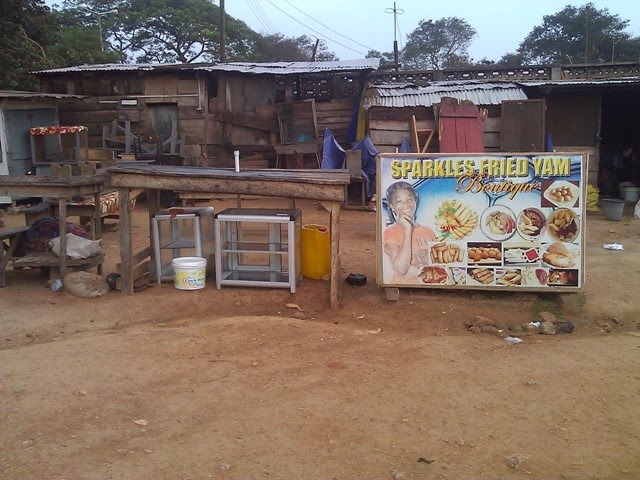 The university of Cape Coast has suspended food vendors from operating due to the suspected cases of food poisoning that sixty students suffered from.
According to the Director of University of Cape Coast (UCC) Health Service, Dr Azeez Kabiru noted that most of the students that were treated at the hospital patronize the service of a well known kenkey and waakye sellers. In an interview with Central Press he noted that the hospital is conducting medical checkup on the food vendors inorder to certify them healthy of providing meals for the students, that is why the food vendors have been urged not to sell until the medical process has been concluded.
Dr. Azeez also dismissed Starfmonline.com report that suggested that over a 150 students have been infected by cholera resulting in death of two students.
Dr. Kabiru clarified that on Thursday, about 177 persons reported to the hospital with diarrhea related cases. 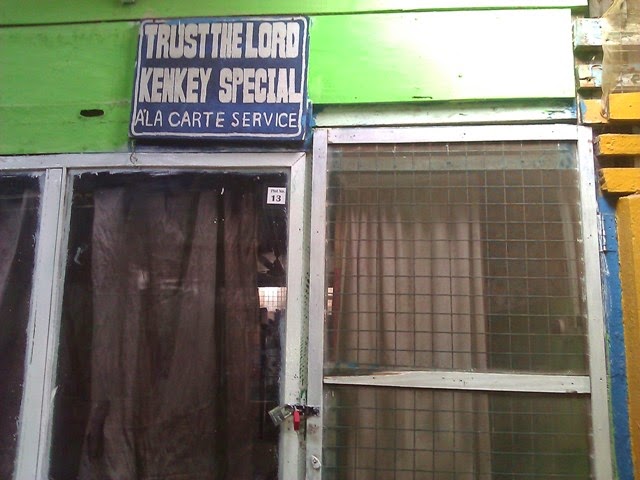 Out of the 177 persons reported to the hospital with diarrhea related cases,117 were confirmed cholera cases with only 41 of them being students. According to him, “only one death has been recorded and we have taken blood samples to confirm whether it is cholera or food poisoning.” At the moment ten of the students are still on admission receiving treatment.
He noted that the University of Choice is not “University of Cholera” as some would want to propagate. He said the university is safe for learning.
Some of the students that spoke to Central Press were happy that the University has taken a bold step to make sure that the food vendors provide food free from cholera.
Some of the food vendors have appealed to the University Hospital to speed up the medical process since they have already bought food items and if not used early it will go bad. 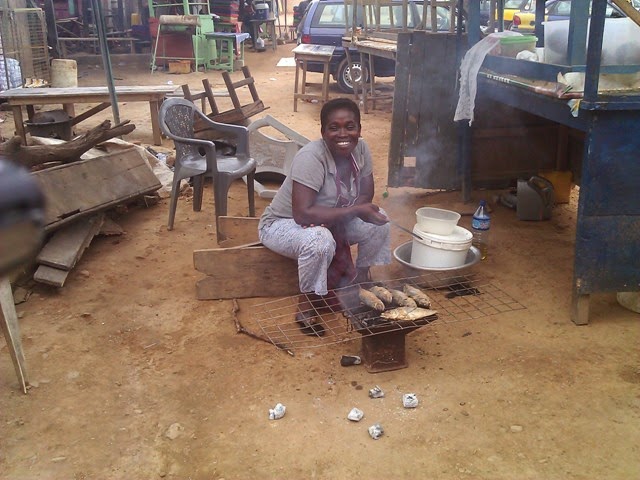 Posted by Central Press Newspaper at 10:49 AM No comments:

Below is the Press Statement:
The Government have been urged to pay Polytechnic teachers their salaries for the month of August by September 5, 2014, else they will advise themselves.

PRESS STATEMENT ON THE NON-PAYMENT OF AUGUST 2014 SALARIES OF CAPE COAST POLYTECHNIC POTAG MEMBERS ON SEPTEMBER 02, 2014 AT THE CAPE COAST POLYTECHNIC
Cape Coast Polytechnic Local POTAG at an emergency meeting on September 2, 2014, resolved that if by Friday, September 5, 2014, our Azugust 2014 salaries are not paid as promised by the Ministers of Education and Employment and Labour Relations, we will advise ourselves.
We want to condemn the breach of trust on the part of the Ministers of Education and Employment and Labour Relations. It is worthy of note that they had promised us they have not given any directive for our salaries to be withheld. On the contrary, all non-teaching staff of the Polytechnic have been paid their salaries with the exception of POTAG members which suggests that they have exhibited bad faith in their dealings with us contrary to the labour law and the ruling of the HIgh Court over the legality of our strike action. 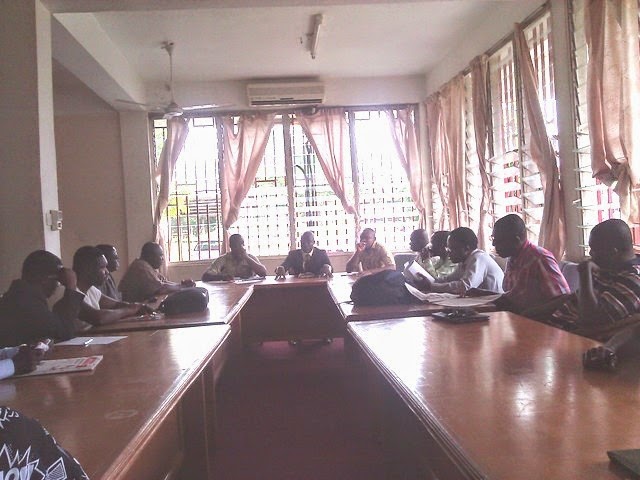 We wish to call on all the relevant stakeholders: National Labour Commission, National Security, The Chief Justice, Parliamentary Select Committee on Education, Christian Council of Ghana, Catholic Bishops Conference, Office of the Chief Imam, Ahmadiya Muslim Mission, Trades Union Congress, Parents, and the Ghana National Union of Polytechnic Students to impress on Government to pay our salaries by Friday, September 5, 2014, to prevent the present agitations and disaffection among POTAG members of the Cape Coast Polytechnic and all POTAG members nationwide or we advise ourselves.
By our resumption from the legal strike, all the backlog of work we were supposed to have carried out before the strike have commenced with all speed and good faith. These include Project supervision, industrial attachment supervision, examination moderation and invigilation. The question remains “Why should the Controller and Accountant General’s Department withhold our salaries contrary to what we have been told by the Ministers of Education and Employment and Labour Relations?”

We pray that there will be a quick resolution on this matter to ensure the smooth running of the Polytechnic and maintain industrial harmony. 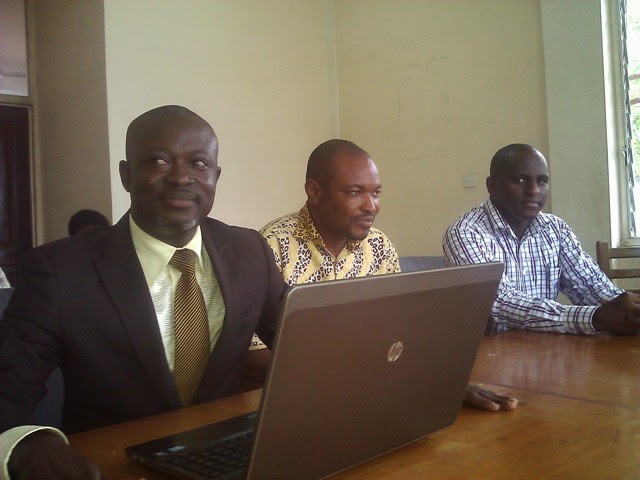 Posted by Central Press Newspaper at 10:41 AM No comments: