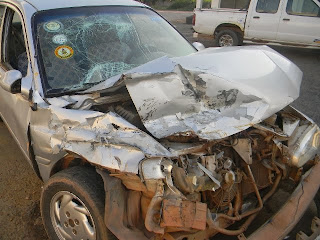 The NRSC will recognize Wednesday November 20, 2013 as the National Public Transport Day, to raise awareness of road traffic crashes (RTC) as a development issue responsible for an average of 2000 death annually. RTC’s kill far more persons than violent crimes in Ghana.
The National Road Safety Commission (NRSC) has since the year 2009 recognized the third Wednesday in the month of November as the National Public Transport Day with a call on public officials, politicians, policy makers, civil society actors and the media to patronize the public transport service in order to appreciate the need to help increase advocacy for reforms and quality of service within the sub-sector.
Nearly ninety (90) percent of our national public transport service needs are provided by private operators characterized by low road safety profile, semi-trained drivers and poor state of vehicles owing to low priority for vehicle maintenance among others. This situation contributes to our national road traffic fatality challenges as nearly 23% of road traffic crashes victims are passengers or patrons of our public transport service buses.
“This year we focus on the driver. Our drivers have skill but also need knowledge to improve their conduct in the road environment. There is an urgent need to prioritize capacity building of our drivers and their welfare. At the end of the day the driver like the top executive is manager of a very important resource in the organization and his needs must be prioritized” says Ing. Mrs. May Obiri-Yeboah, Executive Director of the National Road Safety Commission.
Provisional traffic crash data available to the Commission show that between January and September this year, 10,558 crashes have been reported resulting in 1,538 deaths and 9,741 injuries  representing a reduction of reported crash cases, persons killed and injured by 3%, 10% and 7% respectively over the same period last year.
It remains our expectation as we approach the challenging season of Christmas and the New Year that, the media will increase and sustain the discussion of these matters in order that we arrive in 2014 alive.


Posted by Central Press Newspaper at 1:07 AM No comments:

ELMINA FISHERFOLK NOT HAPPY WITH RELOCATION OF FISH PROCESSING PROJECT

Kwamina Bamfo-Agyei
The Chief Fisherman of Elmina Nana Kofi Akonu has called on the Deputy Minister for Fisheries Hon. Thomas Tewiah Aquinas to retract his comment that the fish processing project being constructed at Elmina will be relocated due to land dispute.
According to the Chief fisherman more than 95% of his members do not support the relocation of the project.
Some three months ago the President John Dramani Mahama cut the sod to begin the construction of the Elmina Fish processing plant, however the Paramount Chief of Edina Traditional Council Nana Conduah VI was not happy with the use of the land for the construction of the plant indicating that the Municipal Chief Executive Officer did not consult the traditional council. He said that particular location has been earmarked for construction of the Elmina Harbour.

The fisher folk organised a press conference today and they all had red cloth around them expressing their displeasure.
Posted by Central Press Newspaper at 7:08 AM No comments: 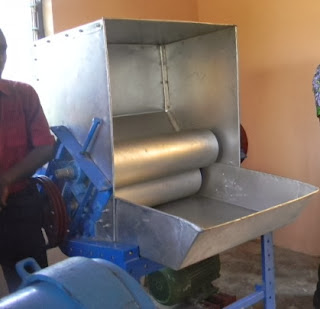 As part of the one hundred and thirty-seventh anniversary of Mfantsipim, the Member of Cape Coast North and 1st Deputy Speaker of Parliament Hon. Ebo Barton Odro has presented Corn processing machine and a flour machine to assist the school to provide quality meals for the students.
However the Headmaster of Mfantsipim Koame Nieza Edjah appealed to other old boys to assist in expanding the dining hall since it can accommodate eight hundred students out of a population of two thousand.
Mr. Koame Nieza Edjah disclosed that seven hundred students have gained admission out of three thousand candidates that applied to be admitted. 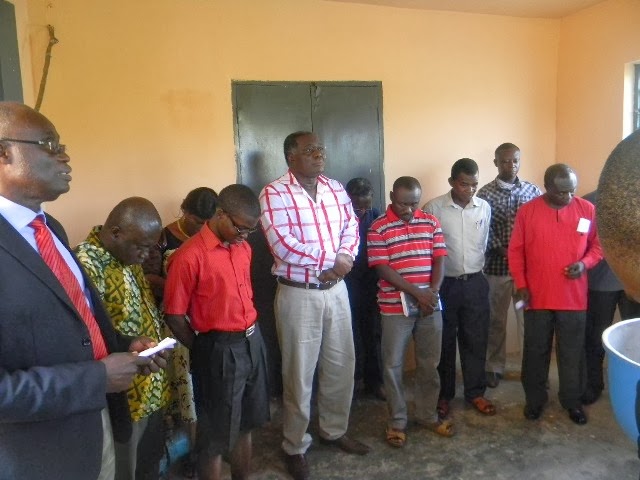 Posted by Central Press Newspaper at 7:08 AM No comments:

POLYTECHNICS IN GHANA TO BE TRANSFORMED TO TECHNICAL UNIVERSITY NEXT YEAR

By: Kwamina Bamfo-Agyei
The implementation of the transformation of polytechnics in Ghana to technical universities will begin next year the Deputy Minister for Education in charge of Tertiary education Samuel Okudzeto Ablakwa revealed this to Central Press during the presentation of two thousand five hundred chairs to Cape Coast Polytechnic.
Hon. Samuel Okudzeto Ablakwa hinted that Cape Coast Polytechnic is among the first five polytechnics in Ghana to be transformed to a Technical University
This is aimed in support of increased number of new admissions in the 2013/2014 academic year to enable universities and polytechnics absorb the two streams of graduates from the Senior High School (SHS) this year.
According to Hon. Samuel Okudzeto Ablakwa, the interventions have "resulted in a 100% increase in admissions at the University of Education, Winneba (UEW), 40% at University of Cape Coast (UCC) and more than 200% at Cape Coast Polytechnic".
Mr. Ablakwa commended both government and the academic authorities, for keeping to their promise of ensuring that all qualified candidates gained admission to tertiary institutions to enable them to pursue their chosen career.
Other beneficiary institutions include Accra College of Education, University of Ghana, Legon, University of Professional Studies (UPS) as well as the University of Mines and Technology (UMaT).
The Rector of Cape Coast Polytechnic, Dr. Lawerence Atepor noted that the polytechnic is ready for the transformation into a university. He said as part of the preparation the institution has started offering degree programmes in Building Technology, Mechanical Engineering and Computing Accounting. He noted that plans are underway to start a master programme in the building department by next academic year. 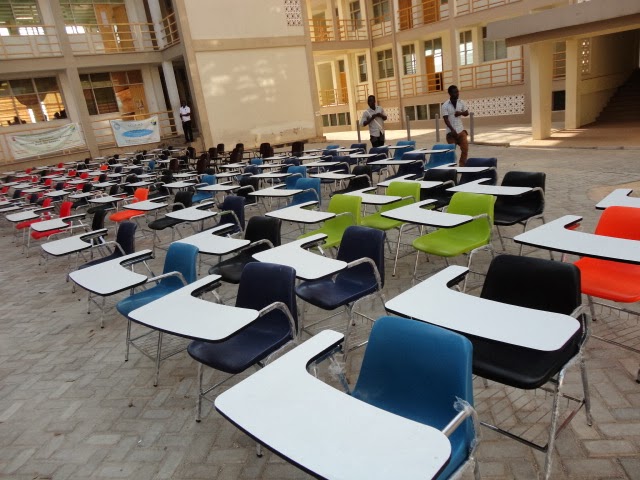 Posted by Central Press Newspaper at 6:41 AM No comments: